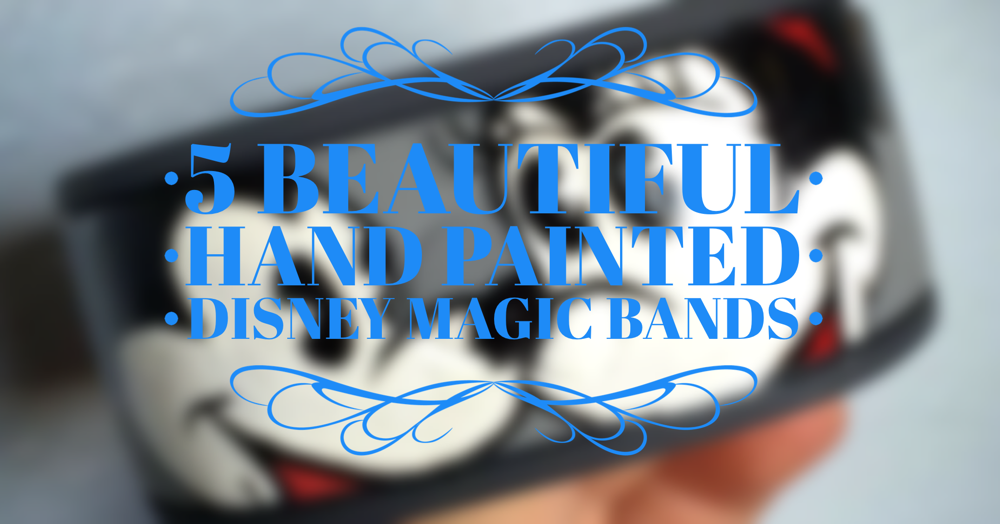 If you have been to Disney lately you probably used a Magic Band. If you want to stand out from the crowd you can personalize your Disney Magic Band in many ways.  Here are some beautiful hand-painted Magic Bands we found.

All of my blog posts may contain affiliate links. This means that if you click on them and make a purchase, I’ll receive a small commission. Thank you for supporting Watching Fireflies We found this beautifully painted Disney magic band on Etsy created by BlueJeanHeart. The includes Cinderella’s castle in a nighttime scene along with the nighttime fireworks show going off in the background. < I'm a big fan of Marvel so when I saw this hand painted magic band I got very excited. The Disney magic band has a fantastic Marvel theme including pictures of Iron Man, Captain America, Thor and Hulk. We are pretty sure that this hand-painted Disney magic band is of Mount Prometheus from Tokyo DisneySea. The detail on this painted magic band is truly stunning and is one of a kind as the creator (MagicKatPaints) only created one. Don’t worry though, you can have your own one-of-a-kind magic band painted by MagicKatPaints by ordering one on her Etsy store.

If you are an Animal Kingdom fan then this is the magic band for you. This artsy Lion King hand-painted Disney Magic Band will get you in the right mood for your safari trip through Africa or any of the other Animal Kingdom attractions. If you want a hand-painted magic band like this head on over to FaithTrustArtsyStuff’s Etsy store and order one. If you're a diehard star wars fan and you love ugly Christmas sweaters, this blog post is for you. I've curated 5 of the ugliest Star Wars Christmas Sweaters on the internet so far and they are all...